At this point I feel like everyone listens to podcasts, right? Okay, most of my friends IRL (the ones I don’t work with haven’t really gotten into them. And tend to roll their eyes when I swear that a certain podcast is right up their alley. But anyway… 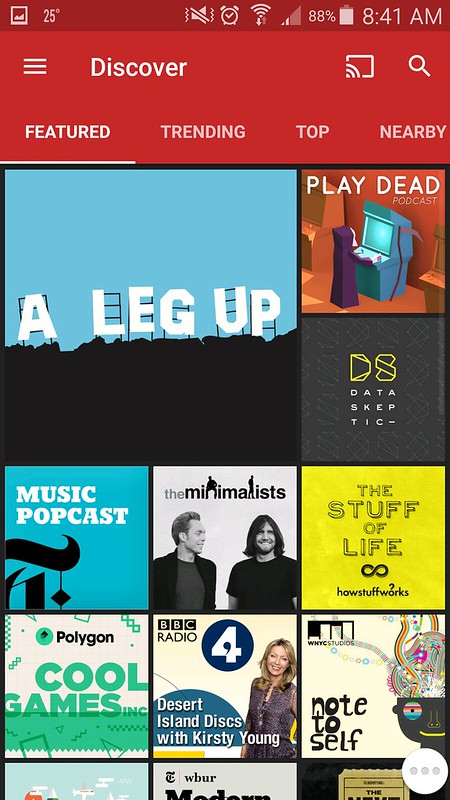 My own obsession started with Welcome to Night Vale. I’ve since stopped listening – I fell behind during their holiday break in 2014, I think and just never started it back up. And then of course there was Serial. The podcast most of my office listened to. We’d listen at our desks Thursday mornings and then discuss during lunch. It was fantastic for bonding, really.

A brief history of apps: When I first started listening to podcasts I had an iPhone, and I just used the standard Apple app. I’m apparently in the minority that I really don’t think it’s a terrible app. Not the best, but not terrible. It was great for auto-downloading podcasts that I was subscribed to and delete them when done. Until my current app, I used this on my iPad too. When I switched to Android I briefly used Stitcher. Which is free… but has a terrible interface, was glitchy and hardly worth the trouble. I couldn’t find one of my favorite podcasts on there, so I switched to listening to podcasts on Thursday/Friday on my iPad when I worked from home. And now I use Pocket Casts, which costs $3.99, but I think is worth it. I like the interface. It gives me notifications regarding new episodes, which download over wi-fi, delete after playing and they’re stored on my SD card. 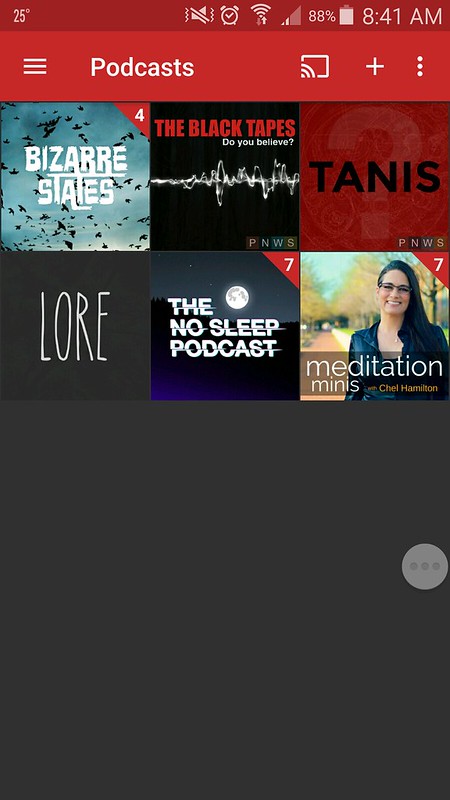