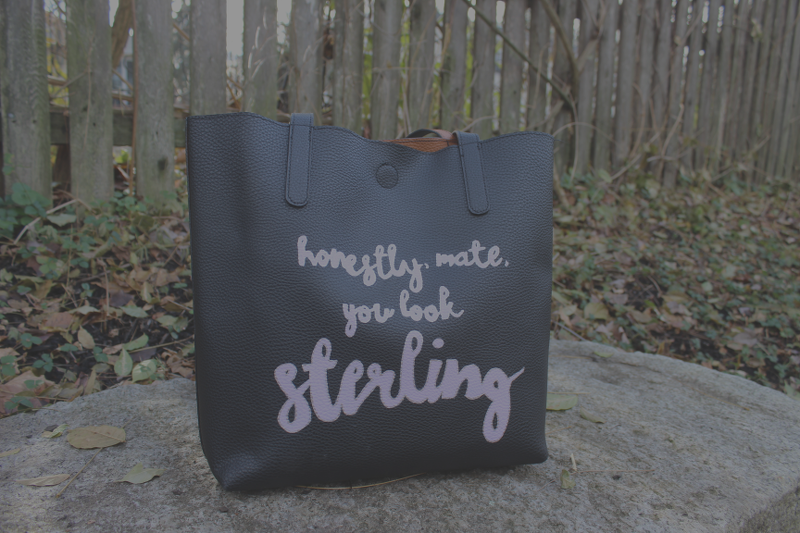 This is England is easily one of my favorite shows (and films!) It (probably) came to an end earlier this Autumn and, full disclosure, I’ve not yet found it in my to finish off the series.
Anyway, I saw a faux leather reversible bag for $10 when I was out and decided that I had to paint something on it. I thought about what I wanted on it, bought some paint and finally decided on: 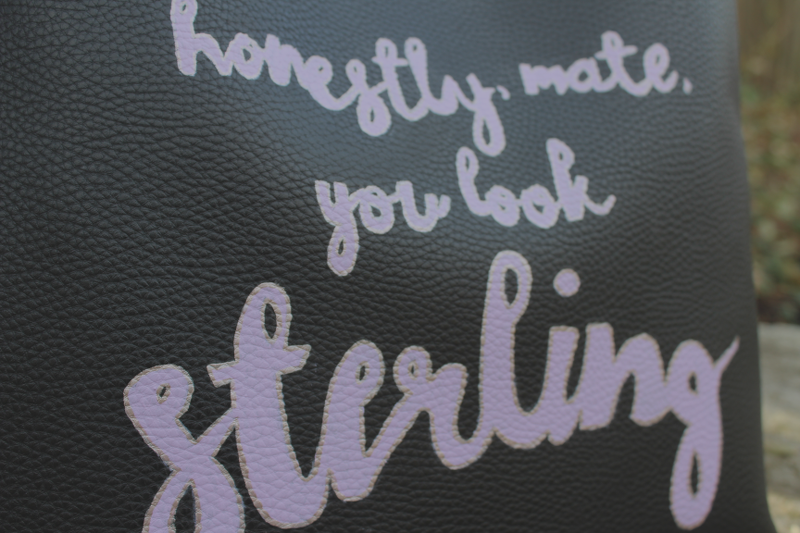 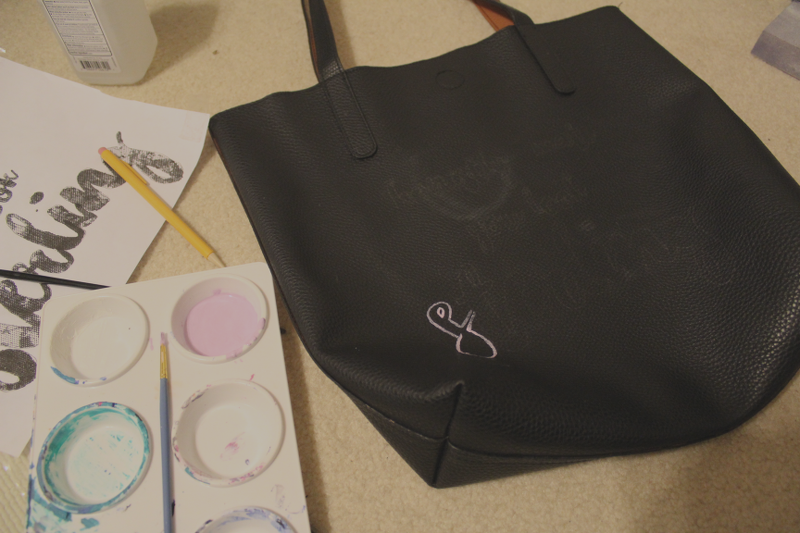 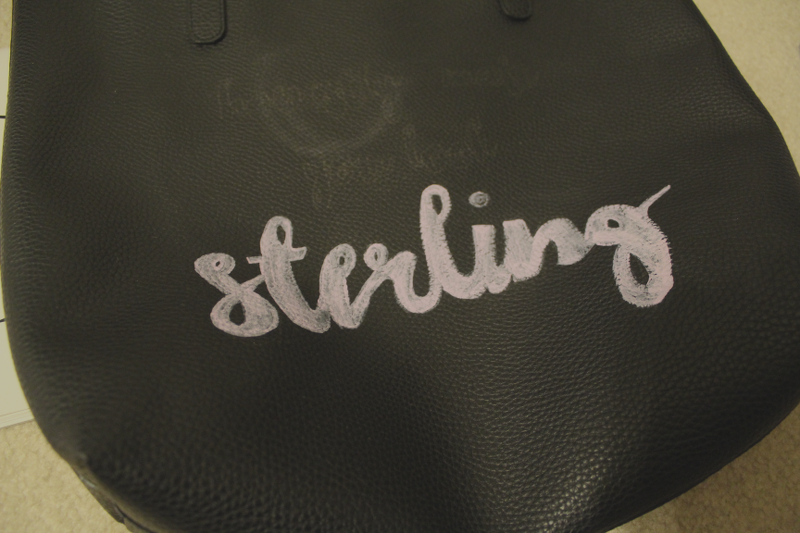 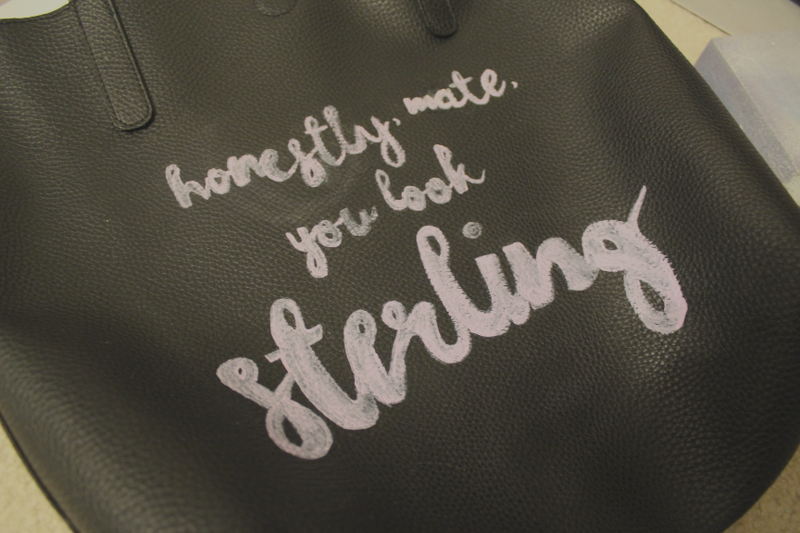 Prior to painting, I lightly sanded the bag to get off any weird finish then it it up with rubbing alcohol. Following that I scribbled on the bag of a print out of the phrase for a bit of DIY carbon copying. I used the typeface Chasing Embers as inspiration — the resulting imprint was a bit hard to see so it’s definitely not quite the same. I used Martha Stewart Multi-Surface Satin in Hydrangea Purple for the main part of the lettering and the Multi-Surface Metallic in Rose Chrome for lining the letters.
I outlined and then filled in the letters with the thinest layers of paint possible. It should, theoretically help to avoid any cracking in the paint and make the design last longer.
I’ve been toting it around for a bit over a week, pretty heavily loaded some days too, and so far it’s been holding up well. 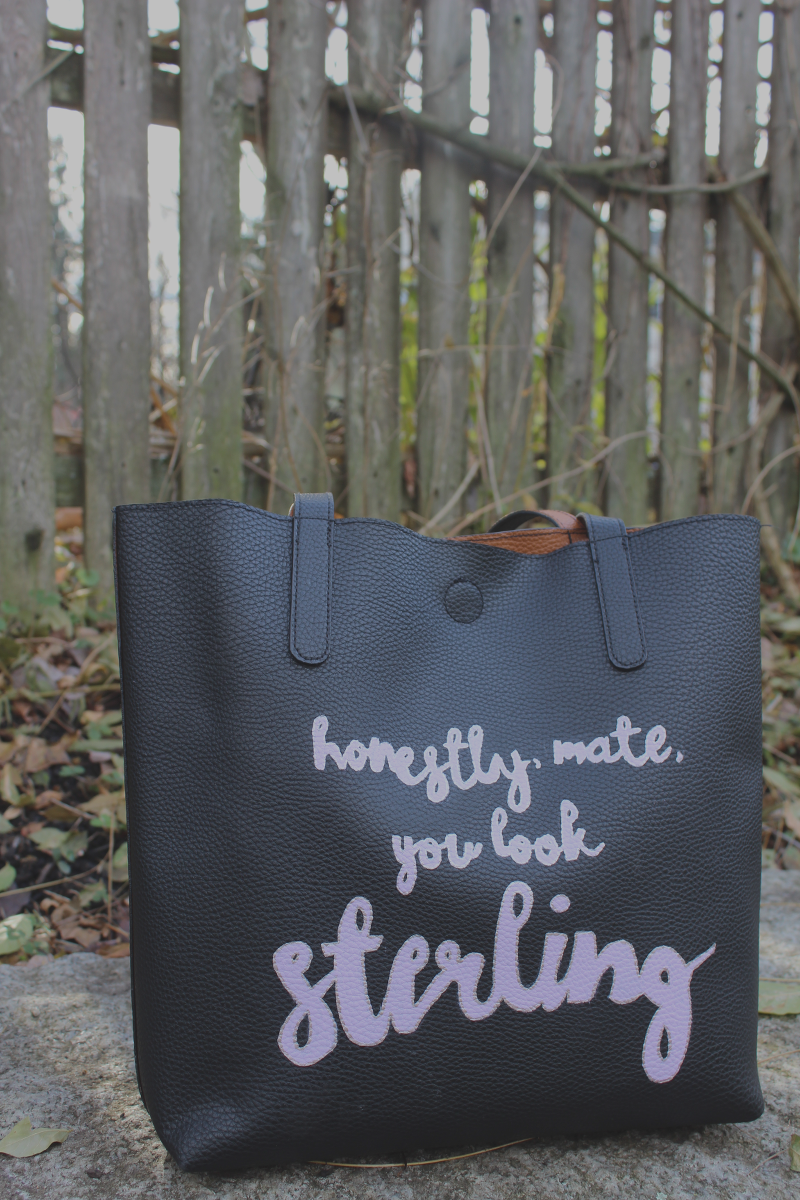