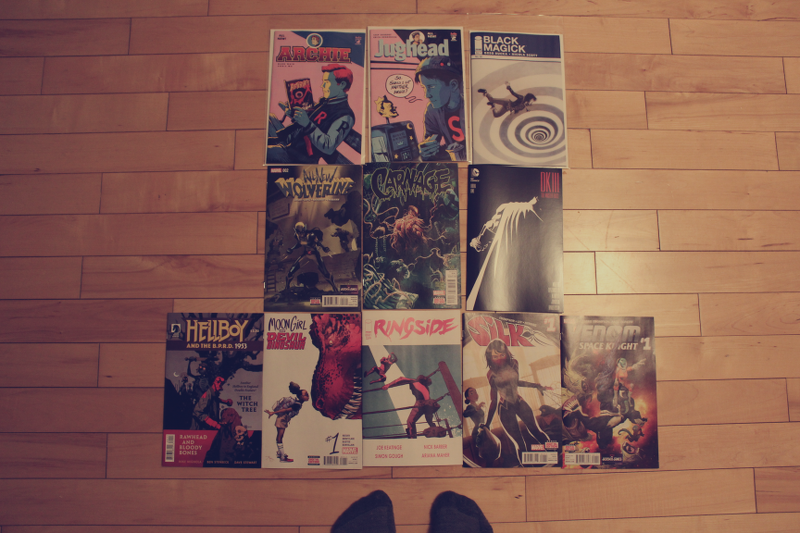 I don’t know if I’ve mentioned it here before, but I work in a comic shop. On Tuesdays, we get the new comics for the week with the perk of getting to read (some of) them before they go out for sale on Wednesday.
So far* I’ve made my way through:

Now, to power my way though the last 8 of the books. Definitely not going to be able to finish up reading Didion’s The Year of Magical Thinking tonight.

*I will possibly updating with initial thoughts as the evening progresses. 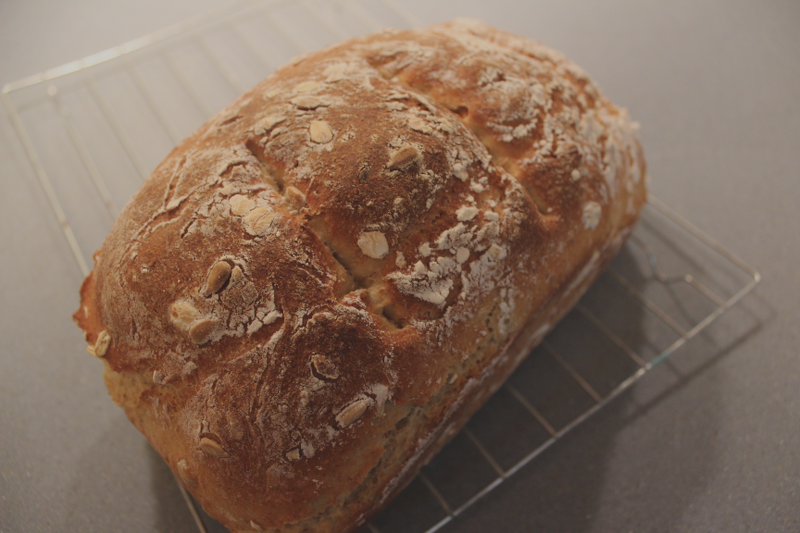 Earlier this week I made a load of Minimalist Baker’s Whole Grain Seeded Bread.

It’s super easy. Relatively fast. 9 ingredients (one is water) in one bowl. And it’s so good. Like, really, really good and everyone agrees. I’ve used it for toast and sandwiches. Just make it.

END_OF_DOCUMENT_TOKEN_TO_BE_REPLACED 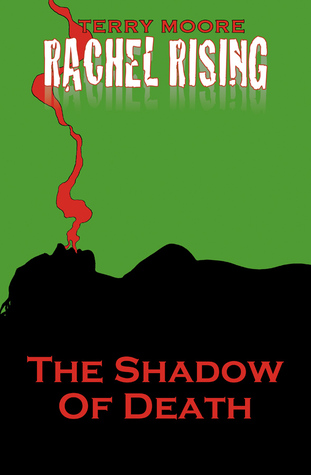 The first book of November, belatedly posted (as per usual.)

Rachel is dead, but she’s very convinced that she’s not dead and instead just having a very, very bad day. She’s trying to convince everyone of the fact that she’s still alive while trying to piece together what happened last night. No wait, was that three nights ago?
Rachel Rising is my first Terry Moore book. I’m pretty sure that picked up the first issue last year’s Halloween during Halloween Comics Fest? Anyway. I have this thing with black and white books, I just want to color them in. That’s not really important to this review. I like horror comics. I like offbeat zombies. (Give me iZombie or give me death!)
Rachel Rising is no exception. I really enjoyed Moore’s art in this and the story was pretty solid too. It ends too soon, and it leaves you hungry for more. Definitely going to have to pick up the second volume. 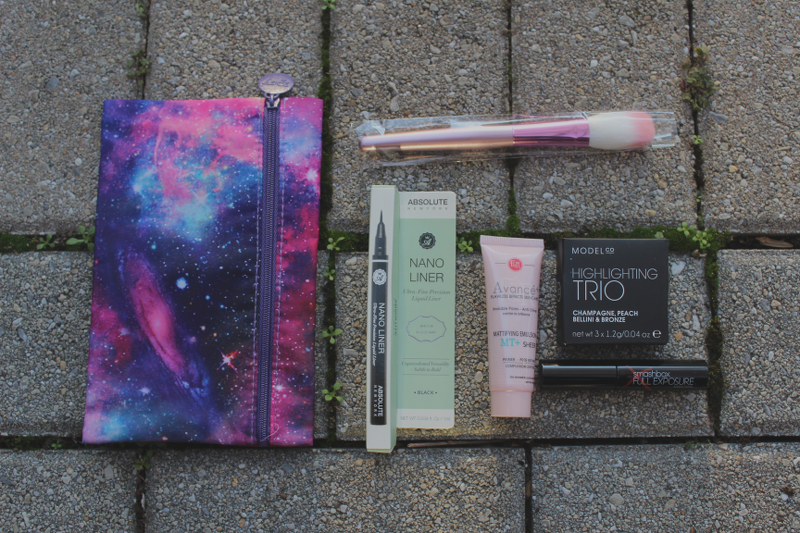 I think it’s been a minute since I posted an Ipsy review. I’m pretty sure that I swore up and down that I was done come October’s bag. I’m pretty glad that I stayed on (read: forgot to cancel) though.
First impressions under the cut!

END_OF_DOCUMENT_TOKEN_TO_BE_REPLACED

Another month, another belated bookshelf.

And this month? All graphic novels and/or trades. Yikes? To be fair, I’ve increased the number of issues that I’ve been reading and uh… podcasts that I’ve been listening to.

END_OF_DOCUMENT_TOKEN_TO_BE_REPLACED 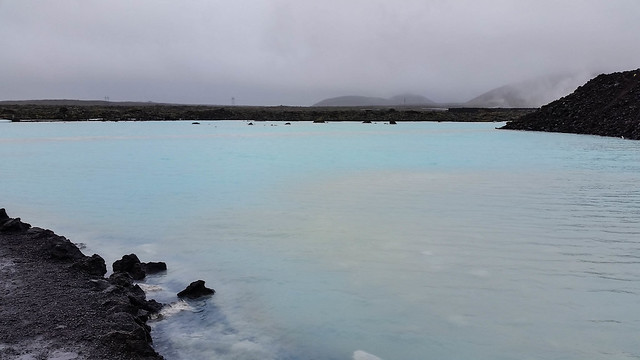 Yes, it’s touristy. Yes, most of the Icelandic folk I spoke to have never been there. But If you go, you should do it. You should definitely go to the Blue Lagoon. 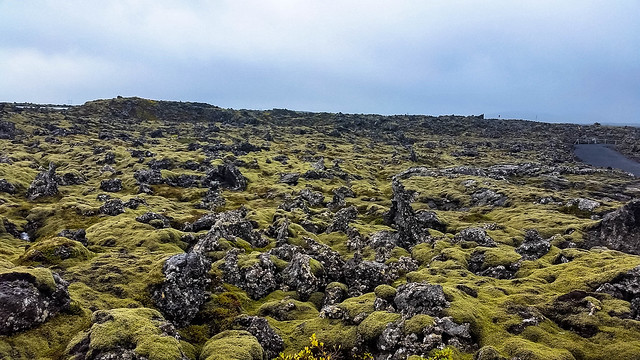 END_OF_DOCUMENT_TOKEN_TO_BE_REPLACED

If you’re a Game of Thrones fan and you happen to find yourself in Iceland, I highly recommend that you check out Gray Line Tours’ Game of Thrones tour. The highlights were Þingvellir National Park (home to the first Viking parliament! We got to walk the path of the Vikings) and a Settlement Era Viking Lodge at Þjórsárdalur. The “Þ” character is pronounced as “th” like in “thing,” by the way. Thingvellir. 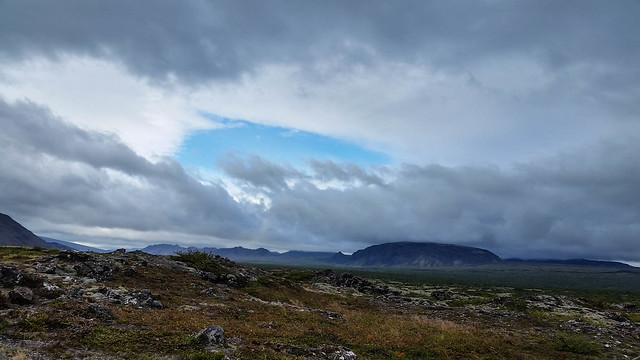 I will say, though, that the weather was pretty terrible on the Saturday of the tour. Rainy, windy and generally overcast. You can’t entirely tell from the pictures the extent of it. But if you check out the one of my friend and I in front of the waterfall, her hood is being blown up by the wind. The coolest part of the park was being on the Mid-Atlantic Ridge, which separates the North American and Eurasian tectonic plates.

Anyway, I’ll let the pictures do most of the talking on this post.

END_OF_DOCUMENT_TOKEN_TO_BE_REPLACED

Friday was a day for touristing around the city. And we went hard. We went everywhere that we hadd wanted to hit up, including: